The company has developed a new blood test that measures specific proteins including GFAP, released from the brain when it is injured 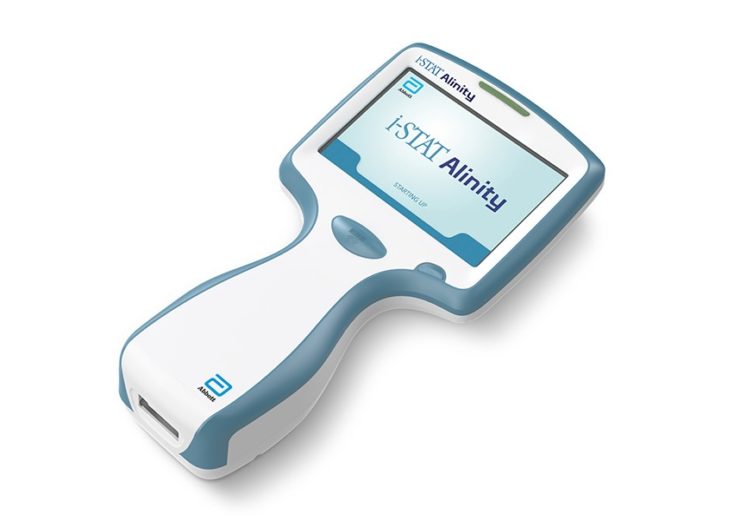 Image: The results of TRACK-TBI study were published in Lancet Neurology. Photo: Courtesy of Abbott.

Abbott said that the results of TRACK-TBI study showed that its new technology, which is under development, is capable of identifying patients with TBIs, who would otherwise have gone undetected.

The study used Abbott’s i-STAT Alinity device, a handheld, portable blood analyzer that generates test results in minutes. The device is available outside of the US and is not yet commercially available in the US.

Abbott diagnostics neurologist and medical director Beth McQuiston said: “Healthcare providers rely on blood tests for a variety of conditions because of their accuracy and speed, yet we haven’t had a blood test for the brain as part of the standard of care.

“Abbott’s i-STAT device has become a trusted brand in hospitals globally today. In the future, our TBI test and next generation device could also be added to the standard of care, working together with CT scans and other diagnostic tools to provide doctors with a more complete understanding of a patient’s condition.”

After a brain injury, the damaged cells in the region releases proteins into the bloodstream, resulting in elevated levels of these protein biomarkers in the blood sample. The biomarkers could help doctors evaluate the condition of the injury and determine optimal treatment.

Abbott’s new blood test measures specific proteins including GFAP, released from the brain when it is injured, serving as an alarm for further evaluation.

Abbott said that the study found the higher levels of GFAP in patients who had a positive MRI and negative CT scan, compared to people with both negative CT and MRI scans.

In addition, the GFAP levels in blood were not elevated in the control groups of healthy individuals along with those who had only orthopaedic injuries, and the GFAP levels can be used for predicting the type of damage, and the extent of injury.

The results of TRACK-TBI study, a collaborative research funded by the National Institute of Neurological Disorders and Stroke (NINDS), the US Department of Defense (DoD), were published in Lancet Neurology, a scholarly journal.

The study evaluated 450 patients admitted to the emergency department of 18 US Level 1 trauma centres with a suspected TBI and a negative CT scan.