Into the light: innovations in optoelectronics

Optoelectronics is profoundly changing the world of medical devices and patient care. Nic Paton talks to three manufacturers about the latest developments in the field. 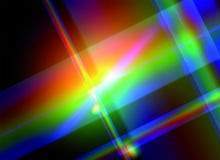 The use of optoelectronics, particularly in areas such as endoscopic medicine and surgery, biotechnology and ophthalmology, has grown significantly in recent decades. In fact, US firm Global Industry Analysts estimates the global optoelectronics industry – not exclusively medical devices – could be worth $932 billion by 2015. It also predicts that medical, along with consumer products and the automotive industry, will be one of the key sectors driving this growth.

Other common medical applications that normally incorporate optoelectronic sensors in some shape or form include pulse oximetry (measuring the amount of oxygen in the blood), blood diagnostics, such as blood glucose monitoring, urine analysis and dental diagnosis. As medical devices become more complex, and expectations of what can be achieved and diagnosed more demanding, optic and optoelectronic image sensors and light-emitting diodes (LEDs) are becoming more sophisticated, as well as smaller and less invasive.

David Varrie, director, sales and marketing at WZW Optic in Balgach, Switzerland, concedes that future trends sound like the stuff of science fiction.

"We’re starting to move into the realm of nanotechnology; that’s the next big thing," he says. "You’re starting to hear about systems inside vitamin B12 capsules, which the patient then swallows and the device goes through their body and takes pictures or even supplies a video feed. Surgeons will be able to see the whole of a patient’s digestive system. Innovations such as this are most definitely on the way.

"We’re also seeing advances in imaging around pregnancy, with fibres being coupled to an objective and inserted near the womb so it is possible to watch the baby grow from conception through to birth. Furthermore, while the focus has been very much on pictures, increasingly we are moving into video and moving picture from the capsule."

This may well be the future but it is worth emphasising that optoelectronic sensors have been incorporated into medical equipment designs for many years and are a familiar part of the medical device landscape. They can help eliminate human error while providing more accurate readings and faster results.

Having said that, any imaging device is, aTo this end, optoelectronics in medical devices – or devices that source, detect and control light – require ultra-precise, sophisticated and very high-end manufacturing technologies. They normally encompass not just optical assembly (or glass to glass) but also optomechanical assembly and, in turn, the creation of packages that can link to a PC or other electronic components. Devices must also be reliable and of high tolerance."The IMDRF’s engagement with regulatory issues has resulted in effective dialogue among industry stakeholders."

At one level, only as good as the person interpreting the data or image gathered from it. Moreover, image processing systems are also only as good as what they can ‘see’, meaning that optics and optoelectronics are an absolutely critical element of medical device innovation.

"Optoelectronics can be applied and used anywhere you need to illuminate something or take an image."

"For example, with endoscopes, you need, first, an image so that the doctor can see where he or she is in the body," he says. "So you need an imaging and optical system that can transport an image to the operator. Then, too, you may need to illuminate the section under observation, particularly if it requires surgery. So you now have a light at the front of the endoscope to illuminate the place of interest.

"Beyond that, there may be other more complex tools that you need. So, for example, there may be demand for a laser device to destroy kidney stones.

"Optoelectronics are complex systems combining optics, electronics, mechanics and software all in the same system. Optoelectronic modules are now found everywhere. They can be applied and used anywhere where you need to illuminate something or take an image," he adds.

"The first is in diagnostics and therapy," he says, "with more rapid diagnosis at the point of care and more personalised medicine, which in turn is creating a demand for smaller parts and more precise assembly processes. There is more use of LEDs and light treatments in areas such as wound healing. The second trend is around ophthalmology, where we are seeing ever-more precise lenses being created at the component level. This is also important for areas such as endomedicine and endoscopies.

"The third trend is around miniaturisation, with the optical elements often becoming much smaller. So we are seeing much smaller endoscopes, even disposable endoscopes, which help to avoid issues around cross-contamination but may in turn create more of a challenge around contaminated waste disposal."

Dr Markus Besenbeck, head of marketing and business development in the optical systems division at Jenoptik, adds that there are also significant advances in areas such as genome sequencing.

"They mean that faster and more precise analyses can be made," he says. "We are also seeing new applications, for example in micro-fluidics and many other areas of biophotonics. For us, the big trend is towards ever-more minimally invasive surgery," says Fisba’s Fehse. "Surgeons, very understandably, do not want to open up the body any more than they have to. Devices are becoming more miniaturised, with sensors that can be navigated through the body and controlled remotely.

"With optics systems becoming smaller, we are also, as a result, seeing new methods of product and assembly processing. Smaller devices, for example, are much harder to handle; often we are talking about microns. Another trend is towards self-monitoring. Patients are increasingly becoming able to monitor at home and use electronic sensors."

Personalised medicine is another area that is driving innovation, with more user diagnostic systems, for example, in the areas of blood analysis and photometric systems.

"It is going to be more about illuminating blood or tissue, using different wavelengths to detect certain signals, especially in areas such as cancer diagnosis; this is a very strong trend," says Fehse. "The goal, naturally, is to recognise different types of cancer at a much earlier stage. We are seeing more use of fluorescent technologies to illuminate tissue and help with analysis or to assess how the tissue is behaving.

"Surgeons, very understandably, do not want to open up the body any more than they have to."

"The technology is constantly evolving and there is now the possibility of highly sophisticated laser imaging with very sensitive cameras that can count in photons."

WZW’s Varrie reveals that at least 80% of his company’s activity in the healthcare sector is around the endoscopic industry.

"Non-invasive surgery is a big growth area, as is dental scanning," he says. "As time has moved on, endoscopes have got smaller, picture quality has improved and you are getting ever-more high-end optical systems.

"In dental scanning, which is a particularly strong area in the US, you can now have scans that are almost like 3D images on each tooth and their position in relation to the jaw bone. From this, the orthodontist is able to make a replacement tooth or denture without all the repeat visits associated with creating a mould and a cast, which is less accurate anyway.

"In general surgery, we are really finding devices becoming smaller and less invasive. So whereas in the past it used to be that you would have a 10mm scope, now it’s more like 2mm. Optoelectronics is also making a big impact in ear, nose and throat surgery. With smaller scopes, it is just less invasive and more procedures can be done outside of hospital.

"It is still very, very early but this sort of technology has the potential to transform diagnosis and intervention," he concludes.