There are growing calls for medical devices to be individually linked to patients through unique serial numbers. Jim Banks talks to the Association of British Healthcare Industries’ Michael Kreuzer, who works closely with Eucomed, to discuss the need for unique device identification and the challenges of implementation at a global level. 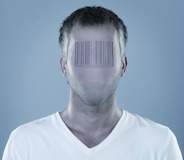 At a press conference in September this year, John Dalli, the European Union’s commissioner for health and consumer policy, laid out the main principles that define current proposals for new regulations in the medical devices and in-vitro diagnostic field. While he covered many issues, one of the most important announcements was the prioritisation of a unique device identification (UDI) system.

UDI is an initiative that is intended to improve the traceability of medical devices throughout the supply chain. It is hoped that such a system will reduce the number of medical errors, as well as helping combat counterfeiting and fraud.

Improving the security of the supply chain is a pre-emptive strike against some of the threats to patient safety, but the advantages of UDI also include the ability to respond quicker and more effectively to post-event investigations.

"UDI is an initiative that is intended to improve the traceability of medical devices throughout the supply chain."

The need for this has been highlighted recently with the PIP breast implant scandal, in which implants made in France were found to have used the wrong grade of silicone, making them unsuitable for use in the human body. When the problem came to light, one of the most urgent priorities was to trace women who had received the implants – including approximately 47,000 in the UK. The difficulties in doing so clearly proved that a database linking individual devices to specific patients could have a huge impact on patient safety.

"Unique device identification all started with patient safety," says Michael Kreuzer of the Association of British Healthcare Industries (ABHI). "Barcoding has been around for a long time, at least for logistics purposes, but is not used by everybody; for example, it is employed far less in the medical device industry than in supermarkets, even though medical devices need enhanced traceability. A machine-readable identification on every device can quickly link those devices to individual patients."

"Patient safety has been the driver of UDI for the last seven or eight years, but since then its use has broadened," says Kreuzer. "Healthcare systems and authorities want to use it for commercial activities, mainly to enhance their purchasing processes. As a result, the issue has mushroomed quickly."

"It is very important to be able to trace patients that have been the recipient of medical devices."

Eucomed has welcomed the EU’s initiatives, but is keen to stress the importance of Europe’s UDI system being compatible with the global system that is already in development. The challenge it and other organisations face is not just to make people understand the potential benefits of UDI, but also to ensure that it is delivered in a way so that it provides those benefits.

"In terms of patient safety, it is very important to be able to trace patients that have been the recipient of medical devices, as can be seen with the patients who had PIP breast implants," explains Kreuzer. "After the many inquiries following the PIP scandal, everyone has been saying that they want to link patients to specific devices and projects – hey presto, UDI."

The suggested EU legislation covering medical devices was proposed by the European Commission in September 2012, but at the moment the specifics on how UDI will be implemented have not been made public. Those that understand the challenges refuse to get carried away with enthusiasm because they understand that the detail concerning implementation will define how successful the UDI project will be.

"Implementing UDI is not as easy as it may seem," explains Kreuzer. "The first thing to consider is the scope. My work is on European industry policy interfacing with EU legislation, but the industry is global. That means that the system must be global, which is very ambitious. We need coordination across the industry, and we need the systems and processes in place to ensure that it is adopted on a global level.

"The IMDRF was conceived in February 2011 as a forum in which to discuss future directions in the harmonisation of medical device regulation."

"The International Medical Device Regulators Forum (IMDRF) is doing a lot of good work, but it has no statutory power – in a global sense no one does. The US is now legislating on UDI and we welcome that. We also believe that the content of the EU legislation is good, but the individual European states could go in different directions. It could be a disaster if they don’t follow the established patterns like the GS1 barcoding standards."

The IMDRF was conceived in February 2011 as a forum in which to discuss future directions in the harmonisation of medical device regulation. A voluntary group, it brings together regulators from around the world to build on the foundational work of the Global Harmonisation Task Force on Medical Devices – created by the five founding members from Australia, Canada, the EU, Japan and the US – which has been working since 1992 to achieve greater uniformity between national medical device regulatory systems.

The GS1 standards to which Kreuzer refers underpin the global system of identification numbers for products, companies, locations, services, assets, logistics units or customers at any point in the supply chain. These standards are the foundation of barcoding systems that are widely used in many industries.

Ensuring that the work of these international organisations is fruitful, and that common standards are adopted, is critical to the future of UDI, so organisations such as Eucomed are spreading the word among device manufacturers, regulators and clinicians. This means informing them not only of the many advantages the system will bring, but also being up front about what it will cost to implement.

"We need education and the European Commission may issue a recommendation – strong, non-binding guidance – before the end of the year," says Kreuzer. "At least, we hope it does. Everyone welcomes the idea of UDI, but it must be brought in in such a way that everyone is compliant with the same standard.

"A key thrust of EU regulation is greater transparency. One way of achieving this is an upgrade of Eudamed."

"Another consideration is that UDI will be very costly for the industry. To implement it over the next three years in a business that is worth between $5bn and $10bn will cost up to $15m. On the plus side, transparency, accountability and post-market surveillance are very important, especially for manufacturers of high-risk products like breast implants, and it will help the commercial systems of medical device companies to become much slicker."

Furthermore, Eucomed is part of the machinery for informing the industry about the changes it will need to make at every level. Implementing UDI means big changes at the policy and systems level on a regional and global scale, but it also means changes need to be made at the bedside.

"Healthcare systems are different around Europe but we need hospitals and clinics to be equipped with the right scanners to record products and match them to patients’ medical records," adds Kreuzer. "The database must be right and, with any moves that are made at a regional level, it must be ensured that databases are interoperable on a global scale."

Eudamed and the culture of integration

When EU commissioner Dalli spoke about UDI at his recent press conference, he also mentioned another key element that will be pivotal in getting UDI to work. While devices need to have a specific identification number, and the technology to scan that ID into patients’ medical files must be in place in the clinics and hospitals, it is equally important that the database holding the identification numbers be robust, accessible and interoperable.

Dalli noted that a key thrust of EU regulation is greater transparency, and that among the ways of achieving this is an upgrade of the European database on medical devices (Eudamed), which will no longer be aimed only at national authorities but will for the first time be open to patients, healthcare professionals and the general public.

"UDI will be instituted for high-risk products in Europe within the next three years."

According to Eucomed, the new, single-registration database that is in the pipeline is long overdue. At present, no one can tell for certain what is on the EU market without consulting 27 individual member states. The extended database on medical devices that has been put forward will give the kind of open access to the certain data that is required to inform the industry and improve the traceability of devices throughout the supply chain to enable swift and effective response to safety concerns.

Eudamed is expected to have information on the registration of manufacturers; authorised representatives and devices; data relating to certificates issued, modified, supplemented, suspended, withdrawn or refused; data obtained in accordance with the vigilance procedure; and data on clinical investigations. Therefore, using Eudamed as the foundation for Europe’s contribution to the global UDI project makes sense, but herein lies another set of challenges.

"Eudamed doesn’t work well in its present form and the Commission is committed to making changes," explains Kreuzer. "We need that to work and we need seamless integration of regional databases. UDI is one of the top priorities for patient safety. It is a major project and it will bring huge improvements. But it is global and nothing has been done on that scale before.

"If it works, it could be a proving ground for other global initiatives. We do look to what is happening in the US, and we co-operate closely with agencies there. The IMDRF work team has industry bodies and regulators from the US, the EU and elsewhere, and they interact very closely. I’m sure that EU legislation will align very closely with the US."

UDI’s next steps to reality

Evidently, the drive for UDI is there, and no one doubts the huge boost it could give the industry in the area of patient safety and healthcare systems. The concept is well understood and there is sufficient engagement among national, regional and international bodies to push the initiative further. The next step is convincing the relevant stakeholders to start taking practical steps to make UDI a reality.

"Implementing UDI means big changes at the policy and systems level on a regional and global scale."

Any initiative at a European level – let alone a global level – progresses at a steady pace, and it will take years for UDI to come into being, but Eucomed is among those organisations pushing for the industry to start embracing the issue now.

"I think UDI will be instituted for high-risk products in Europe within the next three years, and then in five to six years we will see it applied to all devices," says Kreuzer. "The awareness in the industry needs to improve. This is an industry that tends to wait because such changes are costly and complicated, but really device manufacturers need to get on with it. If we don’t have UDI, or if it fragments, then we will have a big, horrible mess."