Patently obvious: the importance of a strict IP regime

For all its difficulties, the international patent system is still a hugely important way of safeguarding new ideas. Mark Pullen of Watermark discusses the need for strong contractor relations, the effects of the global downturn on research and development, and the coming of age of China's intellectual property regime. 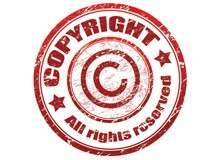 Unlike in other industries, patents in the medical device business have never been a cast iron guarantee of protection. For a start, the scope of intellectual property (IP) rights varies from country to country, with breakthroughs, such as new surgical techniques, often made exempt from protection for reasons of public policy.

The increased growth and interconnection of global markets has made this situation even more precarious. Many emerging markets have fledgling formal IP regimes and have yet to develop adequate means of enforcement.

The World Health Organization (WHO) estimates that up to 1% of medicines available in the developed world are counterfeit. The global figure is 10%, although in some developing countries estimates go as high as 30%.

According to Mark Pullen, senior associate at intellectual asset management firm Watermark, patents are still the most valuable weapon against counterfeiting.

Speaking during a break at the Licensing Executives Society International Conference, held at London’s Park Plaza, he also suggested that while most companies do a good job of protecting their IP, many still don’t fully understand the benefits that protection brings.

"Companies generally do a good job, but they are not naturals," he explains. "Young companies and even mid-sized, multimillion-dollar enterprises are often not IP savvy – they are too busy running their business, which is understandable. The potential cost of litigation, though, means that the risk is too great to not protect your products the best you can."

"The World Health Organization (WHO) estimates that up to 1% of medicines available in the developed world are counterfeit. The global figure is 10%."

This lack of relative experience means that the role of the patent attorney often goes well beyond the fundamentals. As well as the drafting, filing and prosecuting of patents, it is necessary to gain a deeper understanding of a company’s operations and help it construct an IP regime.

"We go into businesses and say, do you have an IP policy?" Pullen explains. "Do your employment agreements have IP clauses in them? Providing education and information is as important as anything else. And then, of course, there are those issues that are particular to the medical device market."

The actual process of protection is similar to that in any other sector, as medical devices can be easily divided into mechanical, electrical or a range of other designations. The major difference, in Pullen’s view, is the issue of timing.

Such products go through so many rounds of research and development (R&D), testing and regulatory approval that it can be difficult to know when the time is right to introduce formal protection.

"If you’re protecting your IP, you have to decide at what stage formal protection should be introduced," Pullen says.

"You’ve got the R&D to carry out on the technology and the time will come when you will have to make it public, for example to attract funding, publicity or just to carry out a test. You might also be looking for regulatory approval. What if you have to change your technology, affecting the IP rights you have in place?"

Another factor that needs to be considered is where the product will eventually hit the market. Without the resources, contacts or distribution points, it is often necessary to form partnerships in order to gain a foothold in certain markets.

Choosing the right partner and making sure that respective roles in the relationship are clearly defined is, in Pullen’s view, integral to drafting solid intellectual property rights. "Partnerships tend to have a significant impact from an IP perspective," Pullen says. "For example, your branding strategy might be affected, with the product possibly going to market under a different name.

"Also, although the product may be developed in one place, if its major market is somewhere else it might be best to seek regulatory approval in that market, in order to speed up overall time-to-market."

This approach can be particularly advantageous when it comes to manufacturing. Long considered a core competency, the medical device industry today outsources around 30% of its manufacturing work, with many companies beginning to understand the great advantages in terms of cost and competitiveness that outsourcing offers.

In addition, most manufacturers will have a handle on the markets and regulatory procedures of the countries in which they operate and can offer certain quality control, cleanliness and sterility levels, and/or high-grade medical materials that many developers don’t possess in-house.

"Often the path of least resistance is to go straight to the manufacturer in that country," Pullen explains. "It might mean that you are forced to take on certain costs, but it is often the simplest route to market in the long run. This brings into question the issue of confidentiality and drafting the right licensing agreements. Also, what effect might this have on your branding strategy? Your product might end up going under another company’s brand, with you remaining in the background as a technology provider. Building these relationships with the right partner is vital in this respect."

Confidentiality fears often lead to companies outsourcing components to multiple manufacturers, receiving the finished products and putting them together in-house.

This method has proved effective in avoiding copying and counterfeiting, but new devices are increasingly underpinned by software, which presents a new challenge.

"Software itself is not going to be patentable," Pullen says. "There is no universally accepted definition. Its functionality can be patentable, though. Alternatively, you could look to black-box the software in some way through encryption or coding. Through a combination of these methods you are making it as safe as possible."

The economic difficulties of the past few years have, inevitably, had an impact on the issuing of intellectual property rights. The R&D process often takes a long time to bear fruit, and so is often one of the first areas to have its budget reduced in a crisis. Pullen’s home market of Australia has felt the effects, but in his view total levels of R&D have not dropped off in the way that many feared.

"Australia still has a lot of R&D in medical devices and applications," he explains. "But over the past few years, it has just been slower in coming to market. The global downturn has a lot to do with this. Universities struggle for funding at the best of times and have to change their outlook a bit; for example, by bringing in more international students. I think, despite this, that we are still an innovative market."

Australian progress in the medical devices market is beginning to pick up pace. The country has made significant breakthroughs in the areas of biotechnology, pharmaceuticals and particularly nanotechnology, with the country most notably taking a lead role in the development of zinc-based sunscreens. In Pullen’s view, this is inspired in part by the huge strides made in railway technology.

"Australia is still a net importer of railway technology from the US, UK and Japan," he says. "But because of the demands on the network in Australia, particularly the needs of the mining industry to quickly and efficiently move large quantities of material, they started developing a lot of technology in-house. There isn’t quite the same buzz with medical technology, but I really think it has made people realise that we can solve our own problems."

Whatever breakthroughs are made, Pullen stresses the importance of careful, methodical innovation for the sake of both product efficacy and the experience of the end user.

"For some, there may be an imperative to try to get medical technology out there to help people, or help the world," he says. "This imperative exists, but you still have to time it right. The medical fraternity is used to using certain products in certain ways, which is understandable. Something that changes thinking is often slow to be adopted and so it has to be as safe and effective as it can be by the time it comes to market. Incremental change is necessary."

Looking ahead, Pullen sees Australia, as well as the emerging markets of Asia, coming to play an increasingly prominent role in medical device development. In particular he cites the strong progress made by China’s IP regime, which has long been a headache for Western firms.

"Choosing the right partner and making sure that respective roles in the relationship are clearly defined is, in Pullen’s view, integral to drafting solid intellectual property rights."

"At one time, there was a good chance that any idea launched in China would get copied," he says. "So in the eyes of many, their ideas just weren’t worth protecting. We need to find perspective. China has had a formal IP regime for 30 years whereas the UK, Australia and the US have had formal systems in place for many decades. It has been a steep learning curve, but China has put a judiciary in place and enforcement is now beginning to happen. Other countries such as India, Mexico and Romania are more of a concern at the moment." As is occurring in many industries, design, and how it can be protected, is becoming a significant issue. This is mainly influenced by the growing market in home devices used for self-diagnosis, which has pushed the end user to the forefront.

"There will always be a demand not only for improvements in the underlying technology, but in the design of the technology, the ergonomics and the way it looks generally," Pullen says.

"Today people can check their blood pressure at home after diagnosing themselves using the internet. So there is always a correlation between the functionality and look of a product."

This focus on design has led to some significant innovations, with the most pronounced effects being felt in poorer, usually rural parts of the developing world. Such developments could have interesting implications for the medical devices market and the way that IP law is interpreted.

"Today I attended a talk about crutches, a product you’d think had been done to death," says Pullen. "But in some developing countries they’ve realised that the pole of crutches can be metal, wooden – whatever material can be found. So they ship only the part that needs to be manufactured and allow these communities to make their own pole.

"Then there are glasses consisting of two membranes with a liquid in-between. To alter the magnification, you just pump in more liquid. They might not be Ray-Bans, but they are cheap and functional."

For all the challenges companies face in preserving their IP rights, clear progress is being made. China’s moves to align itself with international standards could provide the impetus for others and should lead to a more effective patent system in the long run. Ultimately, however, building strong relationships with manufacturers, attorneys and end users is the best way to keep your ideas safe.