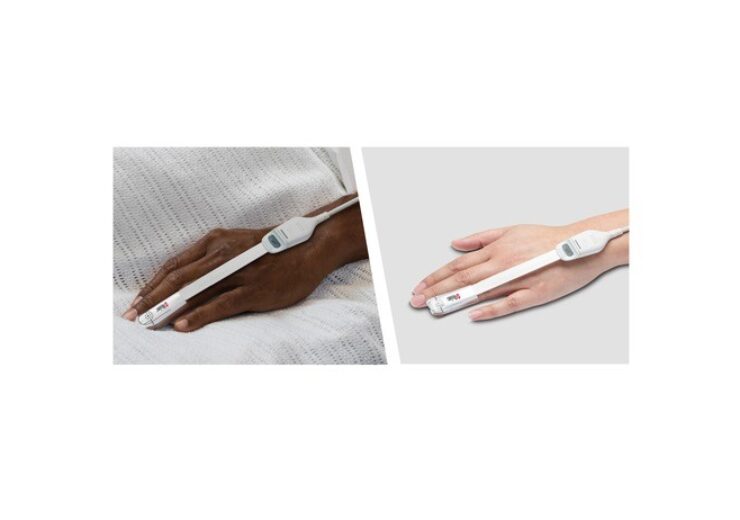 -Masimo (NASDAQ: MASI) today announced the findings of an abstract presented last Saturday at the Society for Technology in Anesthesia 2022 Annual Meeting, which reviewed retrospective pulse oximetry data and concluded that there was no clinically significant bias based on ethnicity for black and white volunteer subjects monitored with Masimo SET® pulse oximetry and RD SET® sensors.

A 2020 letter to the editor2 and paper3 purported to find “racial bias” in pulse oximetry measurements, based upon a comparison of data obtained from black and white patients compiled from multiple sets of health record data, using unspecified pulse oximeters and controls. Masimo Founder and CEO Joe Kiani responded to the letter and promised additional research to test Masimo’s understanding of the subject and hypothesis about the performance of Masimo technology. The first of such studies was conducted and reported by Dr. Steven J. Barker (Chief Science Officer, Masimo) and Dr. William C. Wilson (Chief Medical Officer, Masimo). Drs. Barker and Wilson performed a retrospective analysis of Masimo laboratory data obtained from black and white volunteer subjects, in an effort to identify differences in Masimo pulse oximeter accuracy and bias between ethnic groups.

The authors reviewed data collected between October 2015 and July 2021, which included 7,183 paired samples (3,201 black and 3,982 white) collected from 75 subjects (39 black and 36 white), who were screened with the same criteria to remove potential bias based on health conditions. All subjects were exposed to the same hypoxia protocol, which varied the arterial saturation of hemoglobin (SaO2) between 70% and 100%. Noninvasive oxygen saturation (SpO2) values were obtained from Masimo SET® pulse oximeters with RD SET sensors and time-matched (within 5 seconds, rather than up to 10 minutes as in the letter to the editor) with arterial blood gas (ABG) samples analyzed using an ABL-835 blood gas analyzer.

The authors analyzed the data to determine the bias (the mean difference in paired SpO2 and SaO2 samples), precision (standard deviation of the difference), and accuracy (root mean squared error, ARMS*) for both groups. They found a negative bias of 0.20% for black subjects, compared to a negative bias of 0.05% for white subjects, a difference of 0.15% (p < 0.001), which is not clinically significant and is numerically indistinguishable because the SpO2 display resolution is 1% on commercially available pulse oximeters (both from Masimo and other manufacturers). They found precision of 1.40% for black subjects and 1.35% for white subjects. Accuracy (ARMS) was 1.42% for black subjects and 1.35% for white subjects. These results are consistent with the accuracy specifications of RD SET sensors (1.5% accuracy ARMS).

Masimo is conducting additional studies and will report its findings in the future.