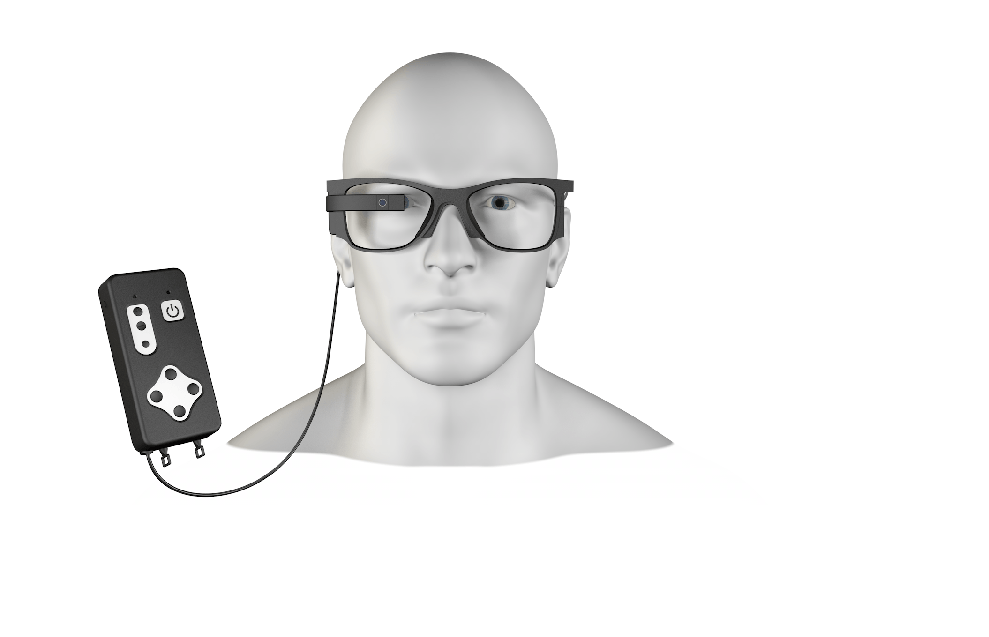 The use of technology to aid the blind has seen a journey from chunky hardware and screen readers to more advanced and seamless methods currently powering rapid developments in computer vision and voice recognition.

Today, companies around the world are using everything from genetics and bionics to stem-cell therapy in a bid to ease day-to-day life for the visually-impaired, including France-based Pixium Vision.

Founded in 2011, the company has developed innovative bionic vision system, known as Prima, to enable patients who have lost their sight to lead more independent lives.

“By implanting the chip directly at the level of photoreceptors [sub-retinal implantation], the subretinal stimulations target the bipolar cells first, before signals reach the gaglion cells, therefore we are aiming for a more precise and physiological signal processing.

“The surgical procedure is also minimally-invasive which differ significantly from the previous retinal implant generation and enable the Prima System to be clinically-tested in dry-age macular degeneration patients.”

How  the Prima System works with the augmented reality glasses

These devices are intended for blind patients whose optic nerve remain functional.

The leading cause of age-related vision loss is macular degeneration, a disease that slowly eats away at the central vision resulting just a blurry or dark hole in the middle of a persons’s field of view.

The National Institutes of Health estimates that by 2020 nearly three million Americans over the age of 40 will suffer from some stage of the disease.

Retinitis pigmentosa, a genetically-inherited disease, also strikes around one in 4,000 people in the US – both young and old.

Encouragingly, though, the number of people affected by vision impairment has actually decreased in the last 25 years with the development of assistive technologies, therefore, experts hope people at risk of contracting eye diseases will soon be eliminated.

Its device Prima consists of an photovoltaic – the conversion of light into electricity – chip containing 378 electrodes that is implanted under the retina, directly where the photoreceptors have degenerated.

It detects light from images shot by a camera integrated into augmented reality glasses, improving vision in patients with age-related macular degeneration or retinitis pigmentosa.

“This visual scene is processed and simplified by the pocket computer through algorithms driven by AI.

“This process extracts useful information, in a simplified format, from the images that are then sent back to the glasses where a miniaturised digital projector then projects the images via pulses of near infrared light on the chip at the back of the eye through the pupil.”

The photovoltaic cells of the chip converts this optical information into electrical stimulation to “excite the bipolar nerve cells of the inner retina” and subsequently generates visual perception in the brain.

The company has recently received positive data from the first feasibility trial of Prima System in age-related macular degeneration patients – most of the patients could identify letters and some sequences of letters.

Crucially, there were no serious adverse events.

Pixium Vision’s CEO added: “The patients are very happy. There is of course some rehabilitation on their part to interpret the signals, but most are seeing light and even patterns, numbers, or letters where they didn’t before.

“The speed and accuracy of identification has improved continuously during the rehabilitation phase.”

The implant does not move after implantation due to natural retina healing, it remains stable in all patients.

Sophisticated examples of giving blind and visually-impaired people assistance with technological products are also coming to the market.

Orcam’s attachment, which fits onto glasses, use machine vision to read text on objects in front of them.

The tech enables users take photographs of the faces of people they interact with and products picked up to remember them.

Similarly, Microsoft’s Seeing AI app uses a mobile phone’s camera to identify the objects in front of it, before it reads out what they are.

What’s next for Pixium Vision?

In addition to this clinical trial in five atrophic age-related macular degeneration patients patients in France, the Prima System also is authorised for clinical testing in a similar five-patient feasibility study in the US.

The study sites are currently in the process of screening patients and are expected to begin enrollment in the near future.

In addition, the company is continuing to improve the algorithms and usability of the device for an improved patient experience.

He added: “The company has an aggressive commercialisation plan and is pursuing its clinical programme to support a market launch in Europe and the US in the mid-term.”