With offices in the United States, and R&D based in Jerusalem, Israel, Image Navigation is focused on the research, development and manufacturing of advanced surgical navigation technology 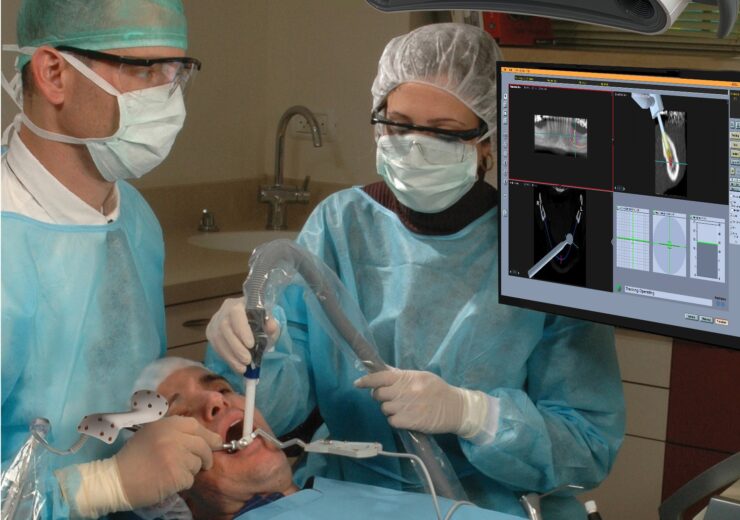 The IGI system brings the precision of navigation and the safety of robotic tools to the field of dental implantology.  Its new transformative robotic Auto-stop feature stops the drill when it is outside the planned trajectory or location, thereby providing robotic surgery without the robot.  The foundation of Auto-stop is Image Navigation’s proprietary high accuracy, no-observable-lag tracking.

The Image Navigation proprietary patient-to-system connector enables a smooth and efficient chairside workflow without compromising its sub-mm pinpoint accuracy.  This allows the surgeon to focus on the patient – rather than constantly monitoring the connector for movement or rotation. The system enables both same day scan, plan and surgery, as well as surgery at a date subsequent to the CT scan, without any diminution of accuracy.

Lawrence Obstfeld, CEO of Image Navigation, said, “Our IGI 2.0 is a Waze for dental implantology, providing the highest accuracy in implant surgery together with the safety of robotics – without a large and expensive robot in the surgical field.  The surgeon navigates in real-time, according to the pre-surgical plan.  The auto-stop will disable the drill if it is not following the on-screen indicators displayed on the screen.  This new IGI 2.0 will usher in an exciting era of navigated and robotic dentistry.”

IGI extends the use of 3D dental CT scans from diagnosis and planning to the actual surgical procedure. The pre-op CT image is utilized as a detailed on-screen map, providing the surgeon with precise real-time visualization of the direction, position and depth of the drill tip. The current installed base of 120,000 Dental CT scanners worldwide represents about $5B in capital investment.