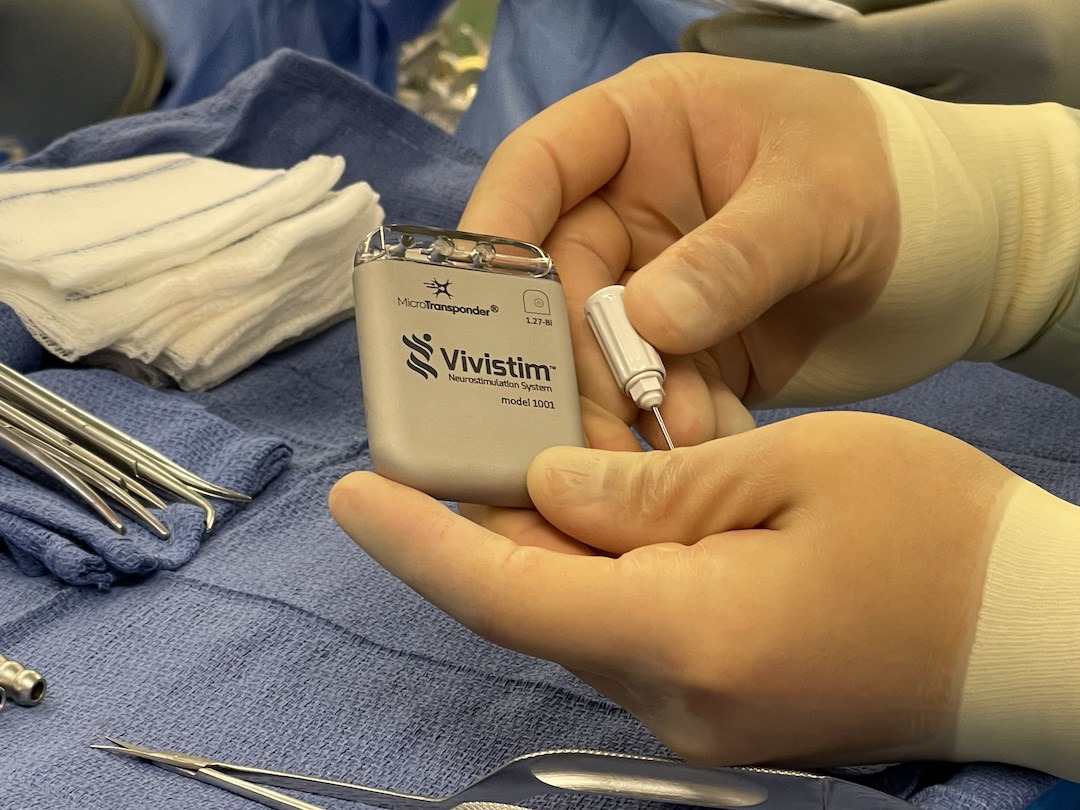 MicroTransponder, reached a milestone Tuesday with the first commercial use of its Vivistim Paired VNS System. A medical device company that develops solutions to restore independence and dignity for people suffering from neurological conditions that impair sensory and motor function, MicroTransponder announced that a surgical team, Charles Y. Liu, MD, Ph.D., director of the USC Neurorestoration Center and Jonathan J. Russin, MD, director of the USC Neuro Revascularization Center, from Keck Medicine of USC, successfully placed the small Vivistim device under the skin of Rosa Maria Villalpando’s upper left chest area during an outpatient procedure.

“We are proud that the Vivistim System is reviving hope for stroke survivors and addressing an unmet need for those who have chronic impairment,” said Richard Foust, MicroTransponder’s CEO. “Stroke survivors whose hand and arm function have not significantly improved can now collaborate with their healthcare professionals to assess if they are potential candidates for Vivistim.”
When used in conjunction with rehabilitation therapy, the Vivistim System employs paired vagus nerve stimulation (VNS) to generate two to three times more hand and arm function improvement for stroke survivors than rehabilitation therapy alone1.

During rehabilitation therapy, a therapist will signal the device to deliver a gentle pulse to the vagus nerve while the stroke survivor performs a specific or functional task, such as cutting food, buttoning a shirt, or playing games. This pairing of the rehabilitation exercise with VNS releases neuromodulators that create or strengthen neural connections in areas of the brain outside the damaged region, improving upper limb function and increasing the effectiveness of the therapy.