ANGLE has announced that its Parsortix system has been utilized in further ground-breaking cancer research into CTC clusters demonstrating that the patient's own immune cells (neutrophils) may actively help the process of metastasis by which the cancer spreads. 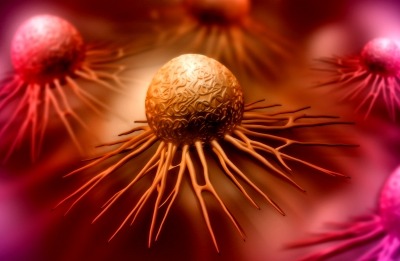 The new research, led by Professor Nicola Aceto at the Cancer Metastasis Laboratory, University of Basel, Switzerland (Basel) has been published as a peer-reviewed publication in the prestigious journal Nature. The publication follows other research on CTC clusters led by Professor Aceto, recently published in the journal Cell, which identified drugs which dissociated highly metastatic CTC clusters resulting in a near total elimination of metastasis in animal models.

The research published in Nature identified a subset of circulating tumor cell clusters (CTC clusters, a group of cancer and other cells tethered together as a single mass) using ANGLE’s Parsortix system, in which the cluster contains one or more neutrophil (a CTC-neutrophil cluster).  Basel investigated the CTC-neutrophil clusters and demonstrated that they are associated with greatly increased metastatic ability.

When the mouse model was seeded with circulating tumor cells (CTCs) extracted from a CTC-neutrophil cluster, metastasis occurred faster and more aggressively than when it was seeded with CTCs without neutrophils.

The importance of the new research is that it identifies the role of the patient’s own immune cells in assisting the cancer cells spread.  They found that the neutrophils enhance the metastasis-seeding ability of CTCs by releasing specific messenger substances, such as cytokines. When this release of cytokines was blocked by the researchers in the mouse model, the pro-metastatic effects of neutrophils were stopped.  This opens the potential for the development of new therapies to reduce the metastatic spread of cancer.

The research also serves as further evidence of the importance of the growing interest in research into CTC clusters.  ANGLE’s Parsortix system is the only commercially available system that can support this research by harvesting CTC clusters from patient blood and mouse models for analysis, and Basel has developed protocols specially optimised for this process.

“Our research has shown that, surprisingly, the body’s own neutrophils act by protecting CTCs in circulation, allowing CTCs to more efficiently seed metastasis. Indeed, the presence of CTC-neutrophil clusters in the bloodstream also correlates with a poor prognosis of breast cancer patients.  The next aim will be to identify drugs to nullify the role of the neutrophils in the progression of cancer.”

“Research into CTC clusters using the Parsortix system has the potential to change the way that cancer is treated.  The publication of the University of Basel’s research in Nature on CTC-neutrophil clusters, following the previous publication in Cell, is a tremendous achievement for Basel, one of ANGLE’s leading customers. We are delighted that the harvesting of CTC clusters, using the Parsortix system, is a key element in the drive to block the process of cancer metastasis that is responsible for over 90% of deaths from cancer.”